What if you are always in pain? BonePainII students participated in the Betweter Festival 2021 – a Dutch science Festival. BonePainII Informal Career Talks 2021: Being passionate about what you do!

The Second Annual BonePainII took place in Porto 22-24 September 2021. This was the first time the Consortium could meet in person again since the kick-off meeting in September 2019 London, due to Covid-19.

The Early Stage Researchers (ESR) started the meeting with a site visit to the facilities of the I3S – Instituto de Investigação e Inovação em Saúde – in Porto. The training day also featured talks on knowledge ownership and an example of a start-up as well as a presentation on atomic force microscropy. On that day the students also had the chance to use their creative skills, as they were asked to present their research visually by drawing it, which was great fun.

Next day all the ESRs presented their projects and there were lively and fruitful scientific discussions with the supervisors about the work so far. Both the Supervisory Board and the Early Stage Researchers Board convened, the consortium discussed the outreach strategies of the network and the students had meetings with their mentors.

Finally, a BonePainII Open Symposium on “Organ-on-Chip technology for cell-cell interactions” was held.

The first talk was on “Organ on the Chip: Advantages and Challenges” by Estrela Neto, Instituto de Investigação e Inovação em Saúde da Universidade do Porto. “A microfabricated Toolbox for 3D Neuroscience” was the topic of the second talk, given by Paolo Cesare, μOrgano-Lab & 3R Center for In Vitro Models and Alternatives to Animal Testing, The Natural and Medical Sciences Institute (NMI) at the University of Tübingen. The talks were followed by discussions, and there was many opportunities to network at the meeting.

It was a pleasure to meet in person in again, and everyone enjoyed it. 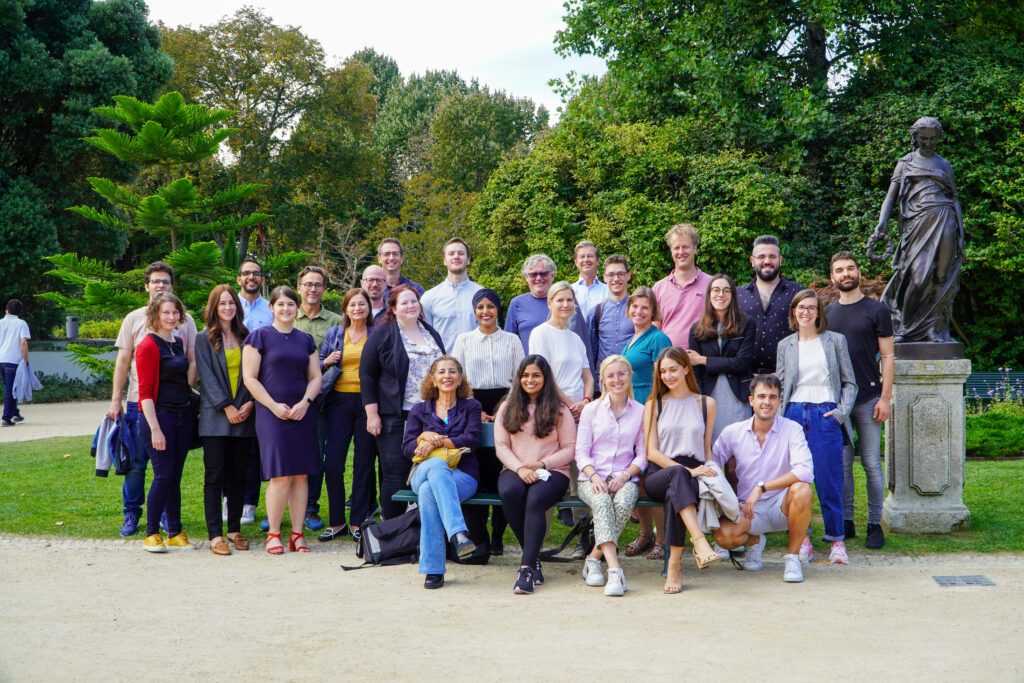