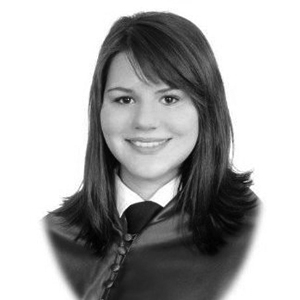 Marta Díaz del Castillo studied her Bachelor in Biotechnology at the University of Leon (Spain), followed by a combined Master Degree in Biomedicine and Medical Research at the University of Uppsala (Sweden). Her main work so far has been focused on the development of Protein Ligand Assay Multiplex techniques and the study of the Müller cells of the retina. In the BonePain Network, she will be developing an animal model of osteomalacia. 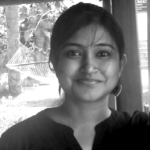 Manasi Sayilekshmy took her Bachelors in Biotechnology from Amrita Vishwavidhyapeetham University followed by her Masters in Biotechnology from Madras University. She was a Junior Research Fellow at the Indian Institute of Technology Madras, where her main research focus was on “Microfluidics”. She worked on developing a micro-fluidic device for the sorting of droplets and cells and also on 3D scaffolds from collagen for tissue engineering. In the BonePain Network, she will be working on the sensory innervation of human bone during bone metastasis. 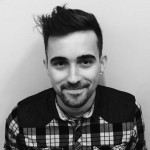 Mateusz Kucharczyk is a biotechnologist graduated from Jagiellonian University in Krakow, Poland. He conducted his MSc project at the Institute of Pharmacology of the Polish Academy of Sciences in Krakow in the Professor Boguslawa Budziszewska’s Lab, where his interests included understanding the mechanisms regulating neurodegenerative and stress-related diseases. Additionally, he worked as a Research Assistant in the Katarzyna Starowicz’s Lab, where he studied the involvement of the endocannabinoid system as well as transient potential ion channels involved in neuropathic pain (Bennett’s rat model) and nociceptive mechanisms in rat models of osteoarthritis (see http://www.painlab.pl/group/).  In the BonePain Network, Mateusz will focus on central consequences of cancer-induced bone pain. 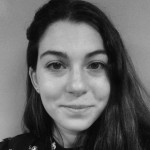 Carlota Montagut-Bordas graduated from the Autonomous University of Barcelona with a BSc in Biochemistry. She then worked for a year, at the University of California Davis as a Junior Specialist at Dr. Johannes Hell Laboratory. Afterwards she moved to the UK where she completed a MSc degree in Neuroscience from UCL. Her MSc research project involved the study of Voltage Gated Calcium Channels at Professor Annette Dolphin’s laboratory, where she became interested in the molecular mechanisms and role of ion channels in the transmission of nociceptive and neuropathic pain. In the Bone Pain network, she will be investigating the role of Ion Channels in neuropathic pain through electrophysiological recordings in the Spinal Chord in Osteoarthritis animal models. 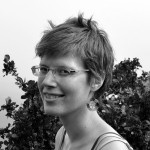 Larissa de Clauser did her Bachelor in Molecular Biology at the University of Padova (Italy). After graduating from the University of Leiden (Netherlands) with a Master degree in Biomedical Science she spent additional time as a technical research assistant in the group of Prof. M. Schwab at Zurich University (Switzerland). Her previous work focused on the protective role of farm dust on pulmonary epithelial cells and on skilled forelimb motor learning in rodents. In the BonePain network Larissa will investigate the subpopulation of sensory neurons playing a role in the development of cancer induced bone pain and determine possible molecular key players, with specific focus on sodium channels. 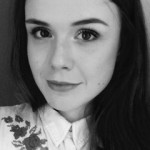 Alexandra Jurczak received both Bachelor and Master Degrees in the field of Neurobiology from the Jagiellonian University, Cracow (Poland). During the last two years of her research work, which she had been conducting at the Institute of Pharmacology Polish Academy of Sciences, Alexandra has been focused on the mechanisms of action of new psychoactive drugs and their potential neurotoxic effects in the rat brain. As an ESR in the BonePain Network she will be investigating the antibody and osteoclast – dependent mechanisms of pain in rheumatoid arthritis. 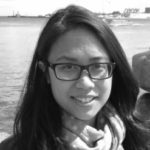 Resti Rudjito received her Bachelor Degree in Biology from Bandung Institute of Technology (Indonesia) and Master Degree in Molecular Medicine from Erasmus University (the Netherlands). Her main research interests are bone biology and bone-related diseases and her previous studies gave her experience  with osteoarthritis and bone metastasis research. One of the  main symptoms of these types of diseases is pain. Resti will be studying the role of bone cell activity in chronic pain mechnisms in rheumatoid arthritis in the Bone Pain Network and she is very excited to expand her knowledge in this area. 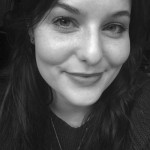 Ran Magnusdottir graduated in Psychology at the University of Akureyri in Iceland and did an MSc in Neuroscience at University College London, UK. During her MSc, she worked on an in situ neuroimaging system to monitor nociceptive activity through calcium imaging.  Her project will focus on the mechanisms leading to fracture pain and the effects of novel therapies that may alleviate it. Her PhD is under the supervision of Dr Chantal Chenu with secondments at Transpharmation with Dr Amy Fisher.

Freija ter Heegde started her scientific career at the University of Groningen with a bachelor in Pharmacy. She then carried on to do the Research Master Neuroscience and Cognition at the University of Utrecht. Her main research during her master has focussed on two different projects. In the first project she investigated the role of the 5-HT1A receptor in the modulation of anxiety using the ‘fear potentiated startle animal model’ whilst in the second she used electrophysiology to determine the effect of focal neocortical epilepsy on hippocampal plasticity. Furthermore, for her thesis, she wrote a review “The brain mineralocorticoid receptor and stress resilience”, in Psychoneuroendocrinology, 2015. For her PhD fellowship within the BonePain consortium Freija will be working in Dr Chantal Chenu’s lab at the RVC as well as  Professor John Wood’s lab at UCL. Her project will aim to unravel the role of ion channels in osteoarthritis and its associated pain. 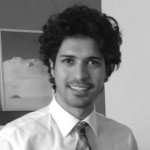 Ramin Raoof conducted his master study at the Laboratory of Molecular Neuroscience in the Shahid-Bahonar University of Kerman, Iran. His main work has focused on evaluating the role of hippocampal orexin receptor expression and apoptotic factors involved in pain-induced learning and memory impairment. In the BonePain Network the key objective of his project is to determine the capacity of monocyte-derived macrophages to regulate arthritis pain and provide proof-of-principle that skewing of macrophage polarization is a means of preventing or treating persistent arthritis pain. 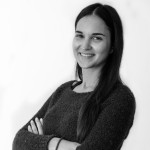 Anna Katri obtained her Bachelor from the department of Medical Laboratory Science of the School of Health and Caring Professions at the Technological Education Institution of Athens, followed by a Master Degree in biological applications in medicine at the University of Athens. Her main work so far has been focused on the long-term effects of combined early-life seizures and adolescent stress on motor, cognitive and social behaviour in mice. In the BonePain Network, she will be developing an animal model for examining the role of osteoclasts in osteoarthritis pain and test the effect of a developed analogue of sCT (NBOA) on osteoarthritic pain and structure in rat knees as well as finding biomarkers to measure the effect of NBOA In OA.

Niamh Higgins is a Genetics and Cell Biology graduate from Dublin City University, Ireland and a Space Studies graduate from the International Space University. Her academic career began at the National Institute for Cellular Biotechnology, Ireland where she worked on several projects ranging from cancer research (biomarker discovery and multi-drug resistance) to Chinese Hamster Ovary cell engineering (studying methylation patterns on mRNA transcripts – epigenetic control of gene expression). At the International Space University, her research focused on harnessing synthetic biology for optimizing human performance in space. In industry, Niamh has worked at the Fraunhofer Project Centre for Embedded BioAnalytical Systems on their innovative microfluidic ‘Lab in a Trench‘ platform and in a more commercial capacity (marketing) at Illumina within the Reproductive and Genetic Health business unit in Cambridge, UK. During her fellowship in the BonePain network, Niamh will investigate the connection between pain, bone and osteoarthritis (OA), using biomarkers reflecting joint tissue turnover. 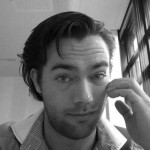 Sonny Sliepen obtained his Bachelor in Molecular Lifesciences at Maastricht University (Netherlands), followed by the Research Master in Cognitive and Clinical Neuroscience; track Fundamental Neuroscience, also at Maastricht University. In the past he worked with an in vivo model for Alzheimers disease and for his master thesis project he was involved in developing a new method to monitor functional recovery after spinal cord injury. In the BonePain Network, he will be characterizing and pharmacologically validate the N/OFQ-NOP receptor system in a cancer-induced bone pain model.

WE ARE PROUDLY FUNDED BY

The project has received funding from the European Union’s Horizon 2020 research and innovation programme under the Marie Sklodowska-Curie grant agreement No 814244.